Bowland House – the story so far 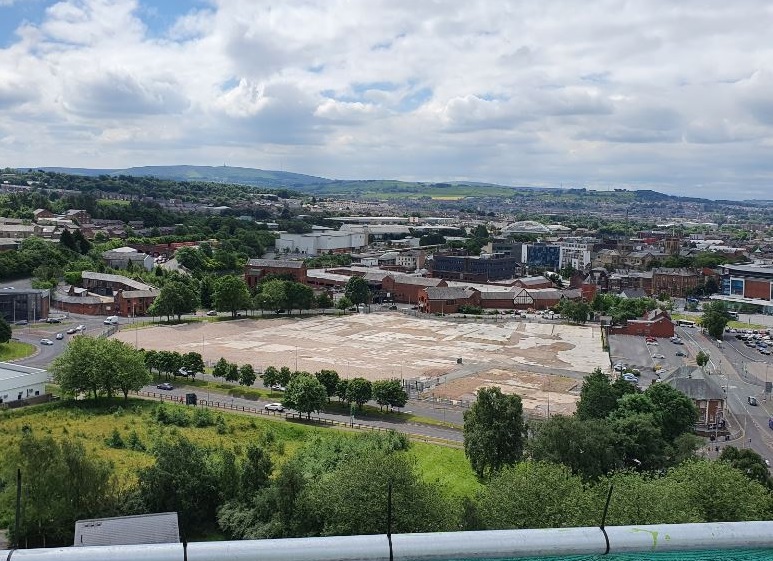 The Bowland House project in Blackburn is now six months in and works are progressing well.

Like with any project of this nature, it has had its ups and downs, but our amazing neighbourhoods team, our contractor Casey and our wonderful Bowland House customers have helped to make everything work.

In relation to the works, there have been a few unwelcome surprises and as a consequence the project will now complete in January 2022 and not in October 2021 as originally planned.

There have been several factors for the delay. These include the impact of Storm Christoph, which delayed the installation of the scaffolding. Also supply chain issues negatively impacted us obtaining the new windows, doors and the materials required to complete the fire stopping works.

The refurbishment of Bowland House is one of the first major projects to commence on a tower block following the production of the draft Building Safety Bill.

Casey has worked collaboratively with both the local authority’s building control department and Lancashire Fire and Rescue Service to identify the most appropriate approach regarding the installation of the new windows, flat entrance doors and other components to agree the methodologies which ensure we are compliant with the requirements detailed in this bill. This has in turn resulted in significant increases in the time it is taking Casey to install these vital components.

However, the most unwelcome surprise and the item which has caused the biggest delay to the works is regarding the wall ties.

Despite numerous surveys before the works started, which identified that wall ties were present and in sufficient numbers, further surveys confirmed that the present work would not be compatible with the External Wall insulation (EWI) system we are proposing to install and which is essential to ensure the environmental benefits, a key target of the project, are captured.

The outcome has been that 10,000 new wall ties have had to be installed and resulted in a four-week delay to the programme and significant disruption to our customers. As a consequence, Great Places has incurred significant additional costs in accommodating these works.

On a positive note, these issues are now resolved and there has been some great progress on the project.

What’s more, for the first time in more than two years, Bowland House is watertight after the roofing works were completed. This has enabled us to commence works on three long-term voids on the top floor and these properties will be ready for letting next month.

This is amazing progress after all the issues we have encountered and all works having to be undertaken in compliance with additional Covid safe procedures.

Inevitably the works are causing some disruption to our customers, but they have on the whole been accommodating and good-humoured as they know that the long-term benefits outweigh the short-term upheaval.